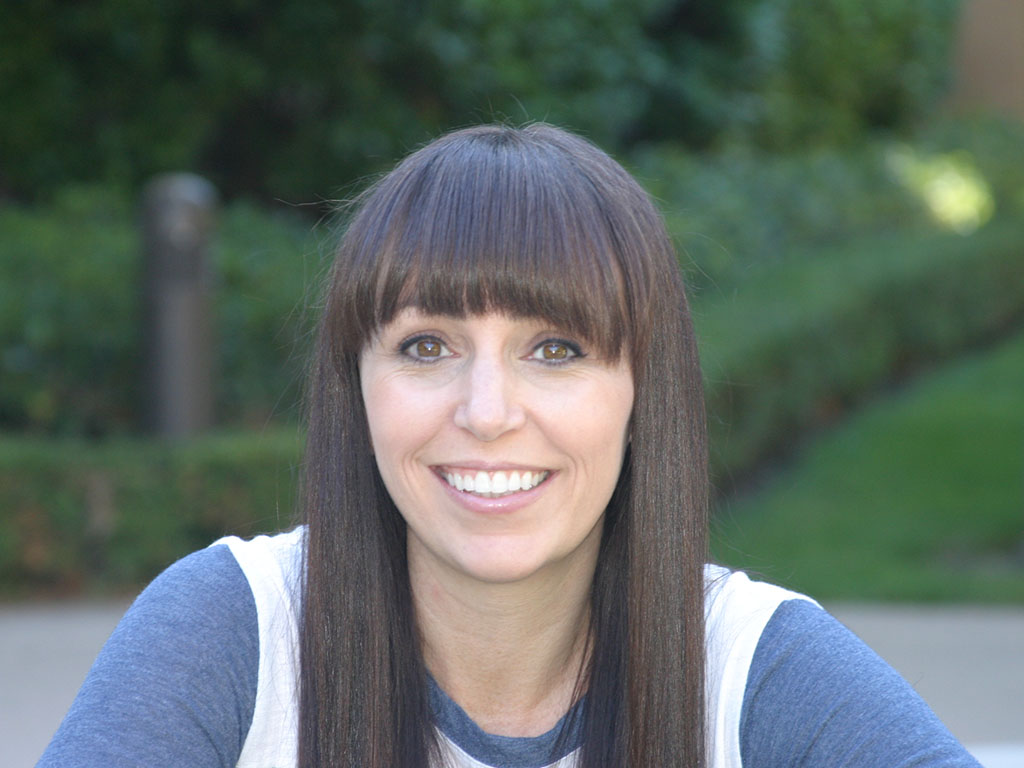 HPU’s new Theatre Director Emily Stapleton, MFA, began her acting career as a singing cow in the third grade. That night, she fell in love with theatre. The lights, the audience, the smell of the auditorium when she walked onstage. Stapleton’s talent was evident. She was well on her way to acting in high-school productions in her hometown of San Jose, California… and Los Angeles was calling.

“I knew early on that I wanted to major in theatre,” said Stapleton. “I applied to UCLA and got into the theatre program. My primary interest was stage acting. It was an incredible experience to study acting there.”

Stapleton earned her Bachelor of Arts in Theatre from UCLA and soon began working as a personal assistant for a screen actor in Los Angeles. She also took improv classes at the Groundlings Company.

“Kristen Wiig was in the Groundlings while I was taking classes there,“ said Stapleton. “I remember seeing her perform in shows. The Groundlings was awesome training for me because I learned how to think quickly, and many of the exercises and games that I did there I use now in my acting classes. Games are a great way to loosen people up to have fun onstage.”

One night after class, Stapleton’s friend called her up and told her about a backstage position in Garry Marshall’s Falcon Theatre. Stapleton jumped at the opportunity to work at the theatre, and soon she became full-time production assistant who carried several hats.

“I was a sound operator, prop designer, stage manager; and I acted,” said Stapleton. “I learned about technical production while working in Garry’s theatre. He was a special person. He aways sat house-right, in the same seat. He came to all the productions. I met so many talented people by working with Garry. Jack Klugman, Sally Struthers, Penny Marshall, Tony Danza, Henry Winkler. It was an amazing experience to be part of that community of stage actors.” 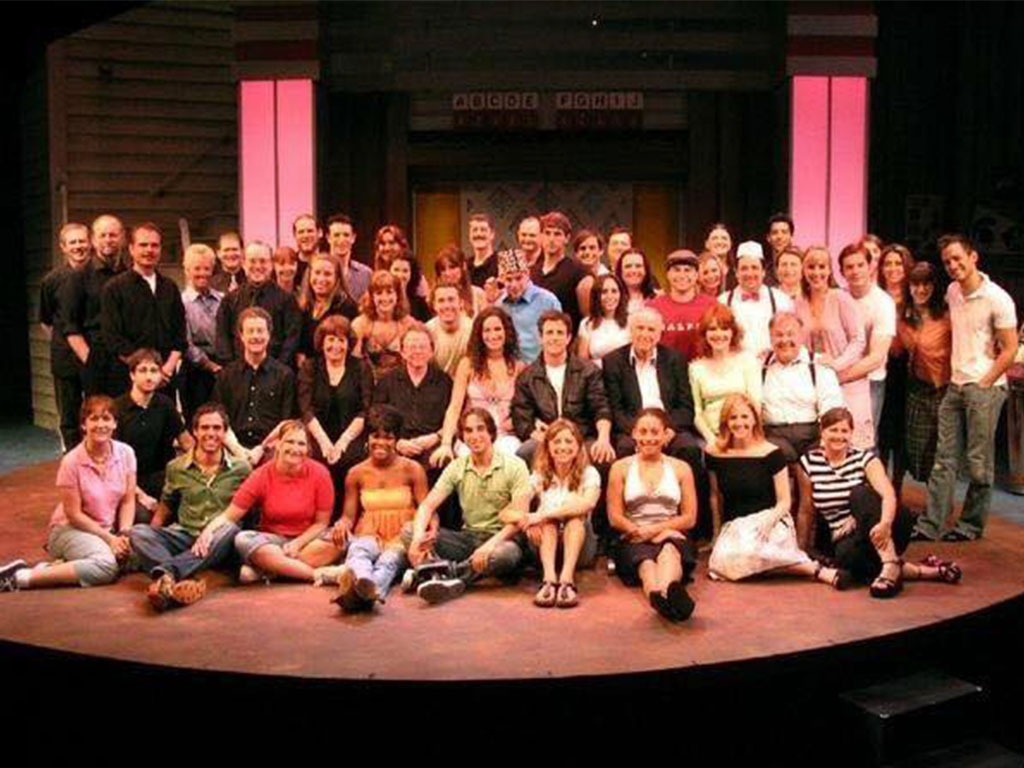 “I really loved the students, the experience of teaching,” said Stapleton. “But I knew that I wanted to teach theatre at the university level.” She enrolled at San Francisco State University (SFSU) and earned a Master of Arts in Drama. A professor from SFSU suggested Stapleton consider performance pedagogy programs. After some research, Stapleton discovered that Loyola Marymount University in Los Angeles (LMU) had just launched a new MFA in performance pedagogy.

“The MFA in performance pedagogy is a more practical degree for a career in teaching at the university level,” said Stapleton. “There are only a few in the country so when I got in, I asked my partner if we could move back to LA. And off we went! For the next three years I received formal training in performance pedagogy. I taught acting and writing and was part of the first cohort to graduate from LMU.”

Once Stapleton earned her MFA, she applied to universities with available theatre director positions. On a recent trip to Maui with her partner to celebrate her MFA she received a phone call from HPU.

“I felt like it was meant to be! I interviewed and was offered the position. My partner and I moved to Hawai‘i and it’s been incredible so far.”

Stapleton has hit the ground running at HPU. She’s teaching two acting courses, a directing course, and is directing her first play at the University called Stop Kiss, written by Diana Son.

“I wanted to choose a play that was contemporary,” said Stapleton. “It was my priority to select a show that I know and love. I was given this play to read in graduate school and fell in love with the play. It’s relatable for young people.”

Student auditions for Stop Kiss were on September 9 and 10 at Aloha Tower Marketplace and at the Paul and Vi Loo Theatre. Nineteen HPU students auditioned for roles in the play.

“Our students are really excited about theatre,” said Stapleton. “One of my students volunteered to be my stage manager and another wants to bring back the theatre club. Engagement in theatre is strong at HPU. I’ve received a lot of emails and interest in the new play.”

Stapleton vision for the theatre program is to get as many students interested in theatre as possible. One goal is to have all-student cast productions where students are both on-stage and backstage.

“I’d like students to take ownership of the play, to take on the challenge, in different roles, in each production. The theatre program is about our students. It gives us all a sense of belonging. To be part of a community.”

Stop Kiss premiers on November 3 at the Paul and Vi Loo Theatre at Hawaii Loa Theatre. The production runs through November 13.